Do you ever have problems making decisions because of your own emotional attachment to or resistance to one or both/ all of your choices?  Years ago I took information that I had studied from multiple sources and put it together to create the Cuztic Resistance Clearing Process.

Since I know you are wondering, I took the name from the “Cuztic” golden rings worn by ancient Aztec kings. I painted a mandala with the same name years ago in Mexico, and in the Cuztic Guide I share with you how to use the lines on the mandala to guide your eyes during the Cuztic process.

When I was a top manager in Corporate American in the past, I studied and applied many decision making tools with others. With even the best tools and techniques that I used, it still came down to making that final decision,… and that was often clouded by emotions that cost time, energy, and often money. I chose to develop a tool that could make the system more efficient and less stressful, and now you may access this tool.

The basic premise behind the process is that you can neutralize the emotional charge on polar opposites or two choices by eye movements that access different areas in the brain. When emotional charge is cleared there is a greater clarity in decision making.  If you have studied Educational Kinesiology or used “Brain Gym”, you understand what I am talking about, and if you don’t have a clue, it doesn’t matter because the technique still works.

I love helping people make clear decisions in their lives and/ or businesses, and this tool helps. I explain it all in detail in the e-guide that you can access for free by going here. I hope you try it, and would love to hear how it helps you to clarify and to stop making decisions based on your emotional attraction to or bias against one side or the other.

One of my clients was trying to make a decision about a large purchase she was about to make. She had used a left-brain logical decision-making process to narrow down her choices, so when it came to making the final decision she had some difficulty because she loved both of the contenders. Using the Cuztic Process she was able to clear all of her bias for or against the less important issues such as color, old preferences versus new options, emotional input from others around her, etc. She was then clearly able to choose what was truly best for her rather than bending to old habits and patterns or to the whims of others who didn’t have to make the financial expenditure.

Another of my clients had emotional stress problems in his relationship with his spouse. He felt angry and resentful blaming his spouse for hiding something from him. At the same time he felt guilty because he also hid something from his wife. Using the Cuztic technique with his own guilt as one issue opposite his wife’s “guilt” for hiding from him, he was able to neutralize the charge on both issues and then better approach his wife for a discussion of their mutual inability to share with the other. Before performing the technique there was too much charge involved to consider such a conversation. 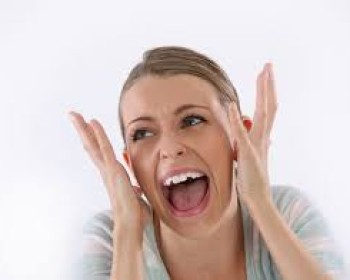